Are you wondering why some women seem to get pregnant so easily?

What’s so hard about getting pregnant? Women get pregnant without barely even trying all the time.

That was my thought process after I got married and began to think about becoming a mom. But that was halted after 6 months of trying with nothing happening.

Now, granted I know 6 months is not a long time to try for a baby. But back then with zero knowledge of the fertility world, or the complexity of my own fertility, for that matter, I just assumed if two people were relatively healthy and had unprotected sex then, bam! There would be a baby. And for more people that is the case. For us though, it was a different story.

After a year of no success, I made an appointment with an reproductive endocrinologist. They administered a blood test which came back normal, a semen analysis for my husband which was normal and a hysterosalpingogram (HSG) exam, which was somewhat painful but showed I had a normal shaped uterus and that my fallopian tubes were open. My official diagnosis? Unexplained Infertility.

So at that point, I took things into my own hands. In no particular order these are the things I did before finally becoming pregnant.

This post contains affiliate links, which means I may receive a small commission, at no cost to you, if you make a purchase through a link.

One of the best things I took away from my journey of trying 15 months was the knowledge I acquired. My desire to become a mother drove me to all sorts of books, podcasts and medical journals. I was a woman on a mission and knew the key to getting pregnant was getting to know my body.

I discovered the importance of cervical discharge and how it was an indicator to what was going on inside my body. In a normal cycle ovulation happens 24-48 hours after noticing cervical discharge the consistency of raw egg white which will look thin and clear. I recorded my findings and was able to identify my fertile window pretty easily.

Once you identify your fertile window have sex every other day. Sperm can live in the vaginal track for up to 5 days so doing it that often will be more than enough times. Every other day is more optimal than every day because of sperm count.

How to Get Pregnant Fast and Easy Tip # 2 Eat healthy

Like I said before as the months dragged on I became more and more desperate to get pregnant. I completely overhauled my diet.  I wasn’t eating terribly but I knew I could be feeding my body better. After quite a bit of research on the harms of trans-fats and harmful byproducts found in certain foods I basically cut out all processed foods. I drank at least 60 ounces of water a day and consumed a lot of fruits, veggies and lean meats. To read more about that check out my article  The Pregnancy Diet.

Within one month of taking MegaFood’s Baby and Me prenatal, I finally became pregnant. Do I solely attribute that prenatal to my positive pregnancy test? No. However I know it did not hurt my chances. In fact because it is a food-based, nutrient rich vitamin it may have been the thing that tipped the scale in my favor. Will I ever know for sure? No. I am I happy I started taking them when I did? Yes.

This was probably the hardest thing to do. My mind was basically consumed with becoming pregnant. And even though I knew it was not good to do, it was hard to not think about it all the time. I will tell you, the month I actually got pregnant  I was busy planning and helping with my sister’s bridal shower.  I didn’t have as much free time to sit and think about conceiving a child. It was the first month since trying that baby making took a back seat in my mind.

It sounds so cliche and I hated when people would say it, including my well meaning husband, but it really did happen once I let it go and just relaxed. At the start of that cycle month I distinctly remember saying a short prayer of release to God and feeling peace about the whole situation. Was that month of relaxing what did it? I don’t know. But it did wonders for my mental health which I imagine helped my overall being.

So what was the magic formula to finally conceiving after 15 months of trying? I have no definitive answer. I know I did a complete lifestyle change and soon after became pregnant. These are the things I did, after ruling out more serious issues with a medical professional. I can not say if one thing in particular did the trick or a combination of all of them. I just know by doing the things I listed above definitely increased my chances and helped my overall health and fertility.

After seeing many negative pregnancy tests I finally saw my first positive on April 10, 2016. I will never forget that day. That December we welcomed our daughter, Savannah. 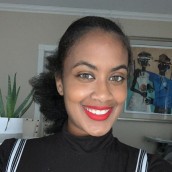 Cieara is a wife and mom of two, passionate about empowering parents to not just survive but thrive. She offers practical and expert advice on topics related to parenthood.

How to Increase Breast Milk in One Day

How to Get Pregnant Fast and Easy

Ask An Expert: Dyslexia and Other Questions

How to Increase Breast Milk in One Day

How to Get Pregnant Fast and Easy

Ask An Expert: Dyslexia and Other Questions

5 Questions Answered by a Pediatric Dentist

I accept use of cookies
PRESS ESC TO CLOSE